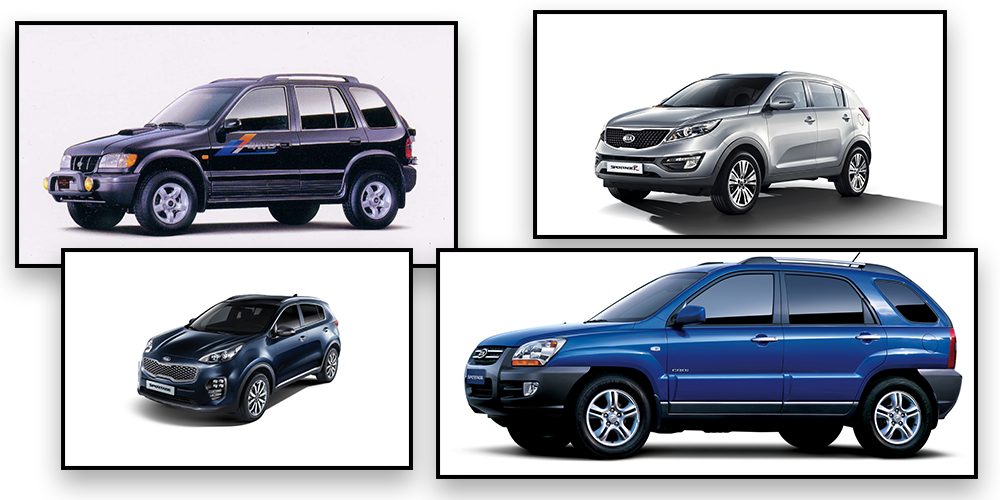 Launched in 1993, the Kia Sportage has gone on to become the company’s most sought-after model around the world, including here in New Zealand.

Now in its fourth generation, the latest model of the Kia Sportage, launched in 2016, is more popular than ever, with average global sales of 38,000 units per month throughout 2017.

And that success has continued into 2018 with the one-millionth fourth-generation Sportage being sold in January after just 29 months on sale.

Here in New Zealand, the Kia Sportage has regularly been the best-selling SUV in the country over the past two years, thanks to its stand out styling, strong performance and exceptionally high level of equipment.

“Sportage has become a benchmark in the medium SUV segment in New Zealand and its popularity continues to grow in a competitive market,” says Todd McDonald, General Manager of Kia Motors New Zealand.

“It has helped elevate Kia as a brand in New Zealand and we have been able to leverage this success to focus on other great vehicles in the Kia range, such as the Sorento large SUV, Rio, Cerato and Picanto passenger cars and now our two newest models, the high performance Stinger and the Niro compact SUV. Thanks to the popularity of Sportage, buyers are becoming even more aware of what Kia can offer.”

The Kia Sportage is widely regarded as a pioneer of the Urban SUV concept, making its first appearance at the 1991 Tokyo Motor Show. It set the blueprint for a compact, practical SUV, suitable for use in a variety of environments, long before most other manufacturers caught on. Going on sale in 1993, this first generation Sportage was an instant hit, recording total lifetime sales of over 500,000 units.

Appearing in 2004, sales of the second-generation Sportage totalled 1,223,776 units globally after seven years of production. While the third-generation model, which arrived in 2010, surpassed one million sales in just four years, helping the Sportage reach two million cumulative sales during its sixth year in production.

The fourth and current generation Sportage features a bold, progressive design while offering greater practicality and an array of comfort, convenience and safety technologies. Offering a choice of petrol and diesel variants, a smooth 6-speed sequential shift automatic transmission and the availability of all-wheel-drive on some models, the Kia Sportage is the essence of versatility.

The styling of the Kia Sportage has long been one of its strengths, having been awarded ‘iF Design’ and ‘red dot’ design prizes in Europe in both its third and fourth generations. Sportage has also achieved the highest safety rating from  ANCAP in 2016 achieving 5-stars.