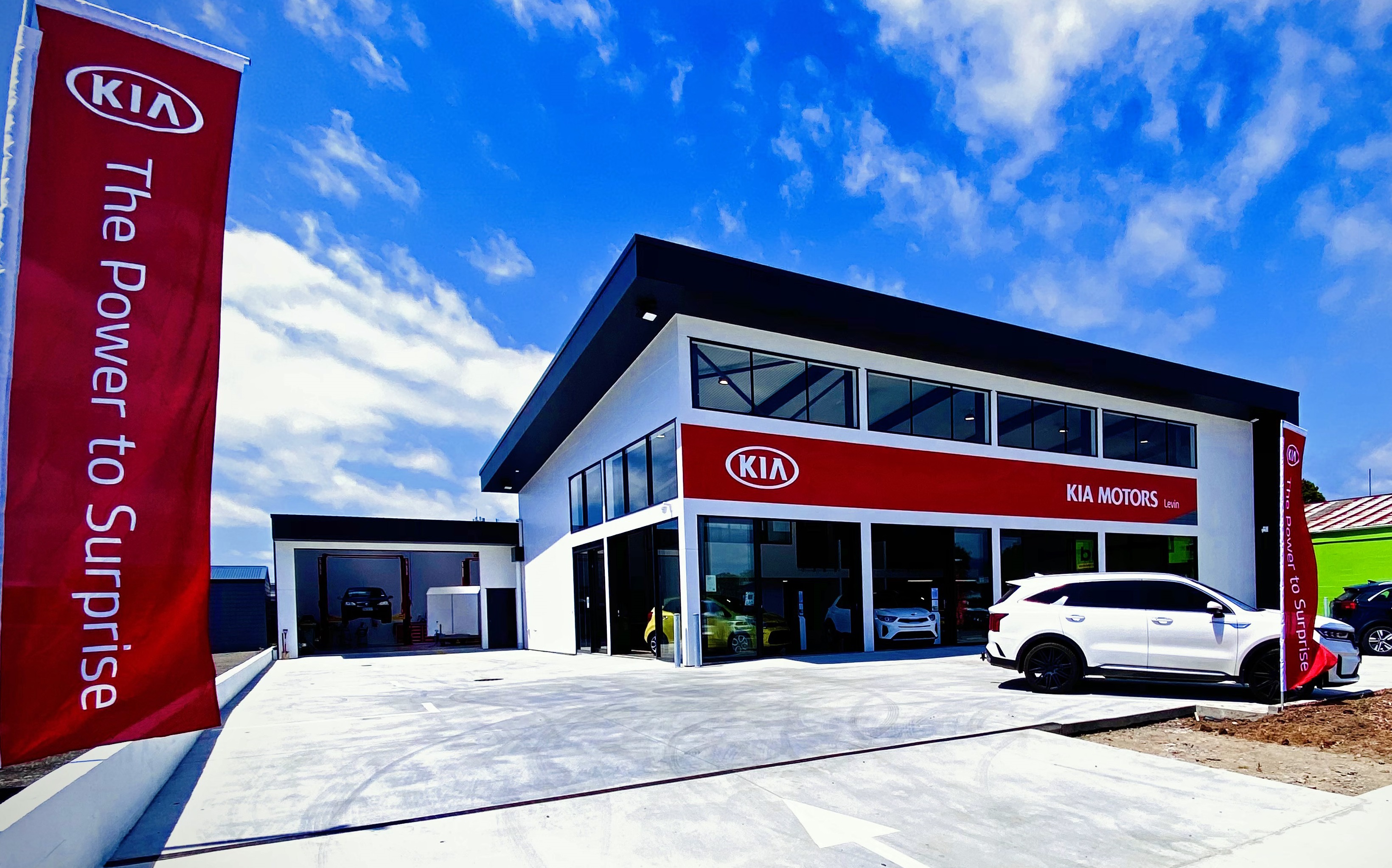 The Kia dealer network continues to expand in New Zealand on the back of strong growth, a great line-up of new models and continued confidence in the future of the brand.

After building a successful business with Kia on the Kāpiti Coast, north of Wellington, husband and wife team Daniel and Kelly Gordon have established a second dealership in Levin, enabling car buyers in the Horowhenua region to access the exciting Kia vehicle range right on their doorstep.

And the move has paid off, because in the first month of operation Levin Kia took 27% of the new car market in the region – a great result for a brand new business. To cap a superb result, Kelly and Daniel’s Kia dealership in Paraparaumu took 35% market share on the Kāpiti Coast during the same period – the highest market penetration of any Kia dealer in the country.

Great results for the couple, who only took over the family-run business three years ago after buying out Kelly’s father.

“It has involved a lot of hard work, particularly on Kelly’s part,” says Daniel. “She’s done a fantastic job of moving the business ahead in Paraparaumu, she could clearly see a very bright future with Kia. We feel the same about Levin, we see tremendous growth there.”

Levin has been attracting large companies to the town, building on its strategic position on State Highway 1 in the lower North Island. Plans to construct two-and-a-half thousand houses to cope with the expected growth in the town are due to commence soon.

The new dealership, built on a high profile site in the centre of Levin opposite a separate vehicle sales business owned by Kelly’s parents, Gary and Chris McKelvie, has been designed with growth in mind. It has a large showroom that can accommodate nine brand new vehicles and the modern three-bay service centre can be further expanded when needed.

The opening of Levin Kia coincides with a strong performance by the Kia brand across New Zealand.

“Kia is an exceptional product and the interest from buyers has been across the range,” says Daniel.

The establishment of Kia in Levin comes at an exciting time for both the brand and the Gordon’s business, with a flurry of model introductions over the past year that have included the Kia Seltos, Stonic and Sorento SUVs, along with an all-new Kia Carnival MPV and updated Kia Stinger high-performance five-door liftback.

“The response to Kia has been huge, not just with the lower cost vehicles but right up to the top Sorento models. Kia is the brand everyone wants to know about.”

To ensure that the needs of customers are fully catered for, Kelly and Daniel have increased staff levels to 20 across both dealerships. They need all the help they can get as they also try to juggle raising six children aged between 2 and 12.

Todd McDonald, Managing Director of Kia New Zealand, says the expansion of the Kia brand into the Horowhenua region is a significant opportunity for all concerned.

“Kelly and Daniel have worked very hard to make a great success of their Kāpiti business and we are hugely confident in their ability to succeed with their move into Levin,” he says.

“They and their team have developed an extremely professional customer-oriented approach, which reflects the philosophy of Kia.”