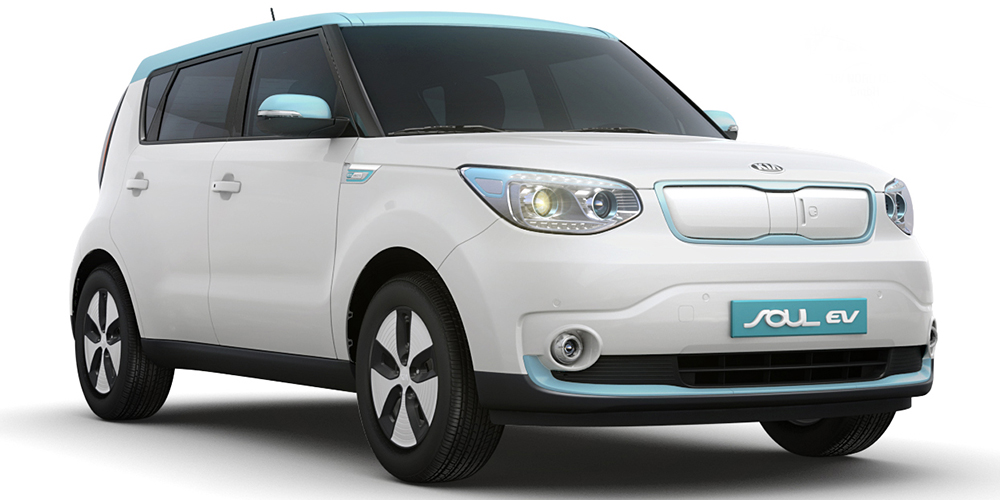 Kia Motors is raising the stakes as one of the world’s leading green car producers.

Two years after breaking into the 100 Best Global Green Brands, Kia has now moved well inside the top 50 and it plans to move even higher.

Latest rankings show Kia has moved up to 37th position on the list, which is put together by international brand management company, Interbrand, to measure sustainable environmental activities.

As Kia prepares to launch the Soul EV, its first-ever global electric car and one of the greenest vehicles on the planet, the company has also announced that its global vehicle manufacturing is greener and more sustainable than ever, in spite of rising sales and production levels.

In addition to producing cars that are greener, like the Soul EV, Kia’s factories are also becoming more environmentally friendly and now rank among the world’s best.

The company says that last year it succeeded in reducing waste, emissions and water consumption at all its production facilities, thanks to an ongoing focus on improving sustainability, which has led to a smaller environmental footprint for the brand as a whole – a key to moving up the Interbrand list.

While those three plants increased production during 2013, they also saw a 4.7% reduction in CO2 emissions per unit produced (29.4kg per car) and a total drop of 30,507 tonnes.

Total energy consumption was also reduced by 3.7% (down 618 terajoules to 15,930 terajoules), a reduction of 596 megajoules per vehicle produced, achieved by minimising unnecessary use of equipment and machinery across all manufacturing plants to curb emissions.

Reducing water consumption has also been made a priority by Kia Motors, as Korea is classified as a potentially water-scarce country, with only a tenth the annual per capita rainfall of the global average. Last year its Korean factories managed to reduce water use by 305,000m3 to 6.17 million m3 – a 6% year-on-year reduction in per unit consumption and a 30% drop since 2003. This has been achieved by investments and upgrades, including initiatives to improve cooling tower overflow and increase the rate of water recovery from condensed steam produced during manufacturing. Employees in all facilities are also encouraged to adopt water-saving habits at work and in the home.

More than 93% of all waste is recycled, resulting from a new, streamlined waste management system aimed at identifying greater opportunities for recycling materials. Kia’s Sohari manufacturing facility, which can produce 340,000 cars per year, has generated 0% landfill waste since 2008.

Kia has also announced its intention to achieve ISO 50001 certification across all global production facilities, which will result in tighter management of energy consumption. Established in 2011, ISO 50001 is an international standard on corporate energy conservation planning and implementation.