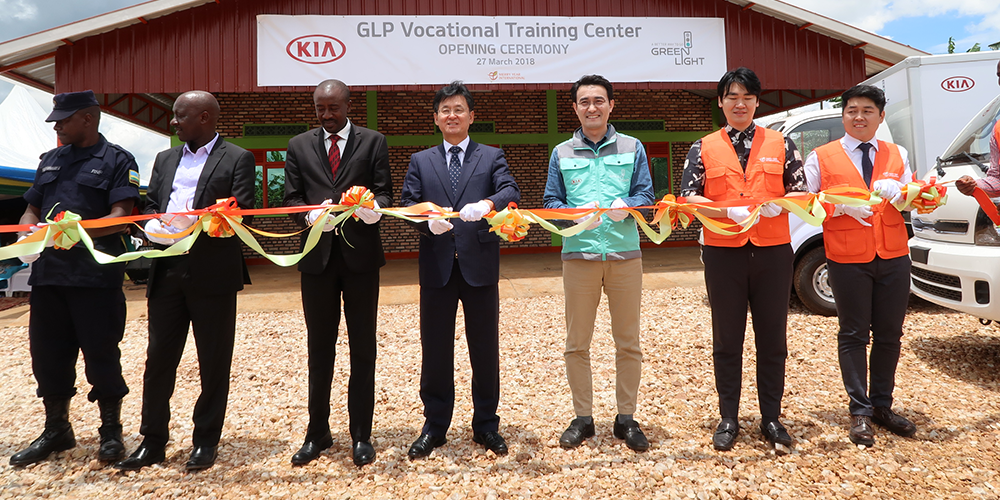 The local economy is heavily dependent on agriculture, with farmers making up 90 percent of the Gahengeri Sector’s working population. However, there are typically low levels of productivity due to the dense population and mountainous nature of the region. A lack of skills and machinery, as well as poor storage facilities and an inadequate infrastructure, also pose challenges.

Kia’s GLP Vocational Training Center will not only act as a job training facility – it will also provide an agricultural machinery rental service and incubation program to local farmers, supporting new and existing farms with harvesting, sales and distribution.

“The aim of the Green Light Project is to improve social mobility and enable communities to become more self-sufficient,” said Kyehwan Roh, head of CSR Management Team at Kia Motors. “The new centre in Rwanda will help people across this region overcome a range of obstacles and challenges they face in developing a livelihood from agriculture.”

The Rwanda GLP vocational training centre is the latest stage in Kia’s ongoing ‘Green Light Project’ global corporate social responsibility (CSR) program. The Green Light Project strives to improve access to healthcare, education and employment for disadvantaged children and young adults in some of the most underdeveloped regions in the world. The program seeks to ‘turn the red light to green’ for individuals and communities, empowering them with the skills and opportunities they need to improve their lives.

With the establishment of each Green Light Project facility, Kia’s final goal is to hand over full control to a local community.

At present, Kia's Green Light Project is working with local people on projects in six other neighbouring African countries – Tanzania, Mozambique, Malawi, Kenya, Uganda and Ethiopia. Kia plans to expand its project continuously throughout other developing countries in Africa and around the world.