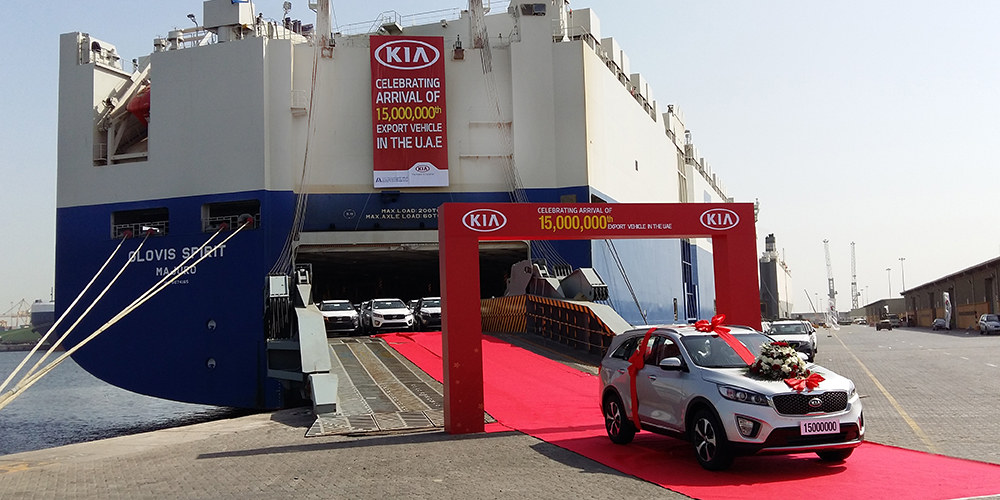 Kia has celebrated an important global milestone with the export of its 15 millionth vehicle.

The milestone car, a new Kia Sorento, was delivered to Dubai in the United Arab Emirates, which was significant, because the very first vehicles sent to an overseas market by Kia Motors 40 years ago went to the Middle East.

Back in 1975, a shipment of ten Brisa light pick-up trucks were shipped to Qatar, as the fledgling Kia Motors took the first tentative steps towards expanding its presence beyond the Korean domestic market.

It took more than 36 years for Kia to achieve the first 10 million exports, in 2011, but the company has gone through a rapid period of growth since then and it took less than four-and-a-half years to add the next 5 million export units. Today, Kia Motors exports more than 2 million vehicles each year to around 50 countries, including New Zealand, which only received its first Kia 20 years ago, in 1995.

“It’s an astonishing achievement, considering that the most rapid growth phase coincided with the aftermath of the Global Financial Collapse, when automotive sales generally around the world were still very weak,” says Todd McDonald, General Manager of Kia Motors New Zealand.

The growth has been based on the design-led direction taken by Kia Motors over the last decade, following the appointment one of Europe’s leading automotive designers, Peter Schreyer, to head up its styling team. Kia also significantly increased its investment in research and development during the same period to create dynamic and technologically advanced vehicles.

Breaking down the milestone export figure, Kia says North America is by far the largest destination with 6.03 million vehicles shipped, followed by 3.35 million to Europe, of which, the UK is the largest destination. The Middle East & Africa markets have taken 2.52 million Kia vehicles, then Central & South America (including the Caribbean) with 1.71 million and 1.29 million going to Asia Pacific.

While many of the export vehicles have been produced at the four Kia Motors manufacturing facilities in Korea, an increasing number are now built at the company’s five overseas plants, located in the US state of Georgia, Slovakia in central Europe, China and a new factory being established in Mexico.