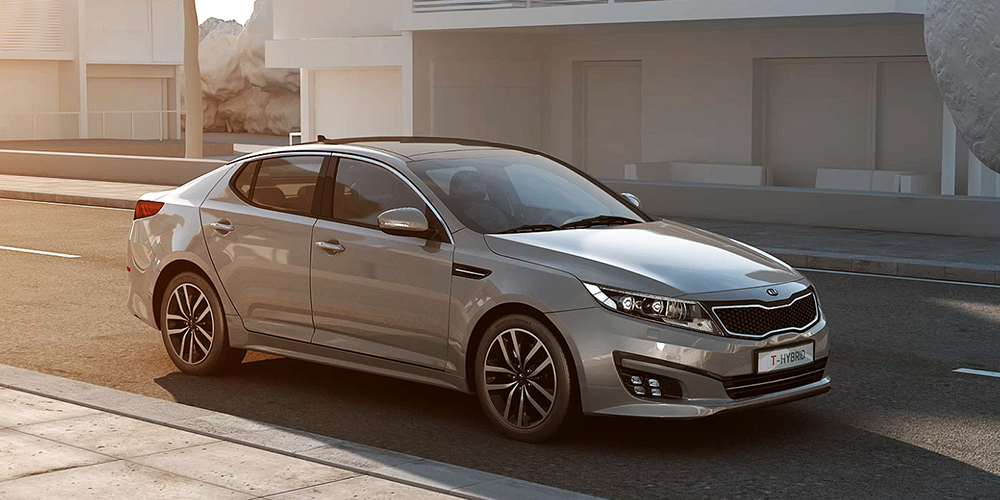 The new technology marries diesel and electric power with an electric supercharger and a turbo, which could make hybrid cars of the future more efficient and affordable.Kia’s answer is the Optima T-Hybrid concept, which stands for turbo-hybrid.

The technology in the Optima T-Hybrid is still in the development phase, but being showcased in a current production vehicle at Paris indicates that it has practical applications.

In place of a petrol engine, the T-Hybrid makes use of the 1.7-litre turbo-diesel unit available in the Optima in Europe, which is paired with a small electric motor, powered by a 48V lead-carbon battery pack. Described as a mild hybrid powertrain, it enables the car to be driven in electric-only mode at low speeds and when cruising, while deceleration recharges the battery pack.

Kia has chosen lead-carbon batteries because unlike lithium-ion batteries, they require no active cooling and are easier to recycle at the end of their life.

In heavy traffic and on urban roads, the T-Hybrid powertrain features a zero-emissions stop-start system. Using a belt-driven starter generator, which replaces the conventional alternator, the engine is able to restart with almost no noise or vibration. A smaller starter motor and starting battery also helps to reduce its weight. 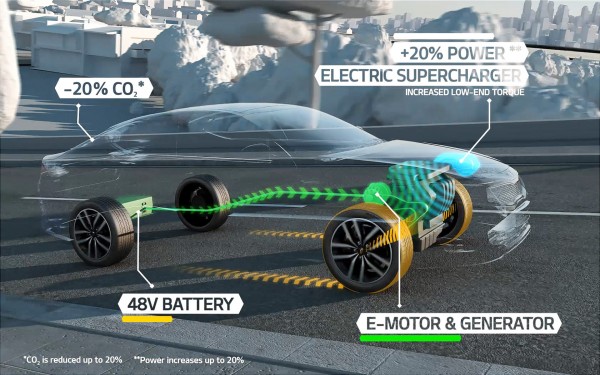 The battery supplies energy to an electric supercharger on the diesel engine, increasing torque and power at low engine speeds. The engine’s conventional turbocharger seamlessly takes over to provide greater power and torque as engine speeds rise.

Performance and fuel consumption figures have yet to be released, but Kia engineers say the new powertrain is expected to deliver a power increase of between 15-20%, while they are aiming for a significant reduction in CO2 tailpipe emissions.

Plans for introducing the T-Hybrid technology to mass production have yet to be confirmed.