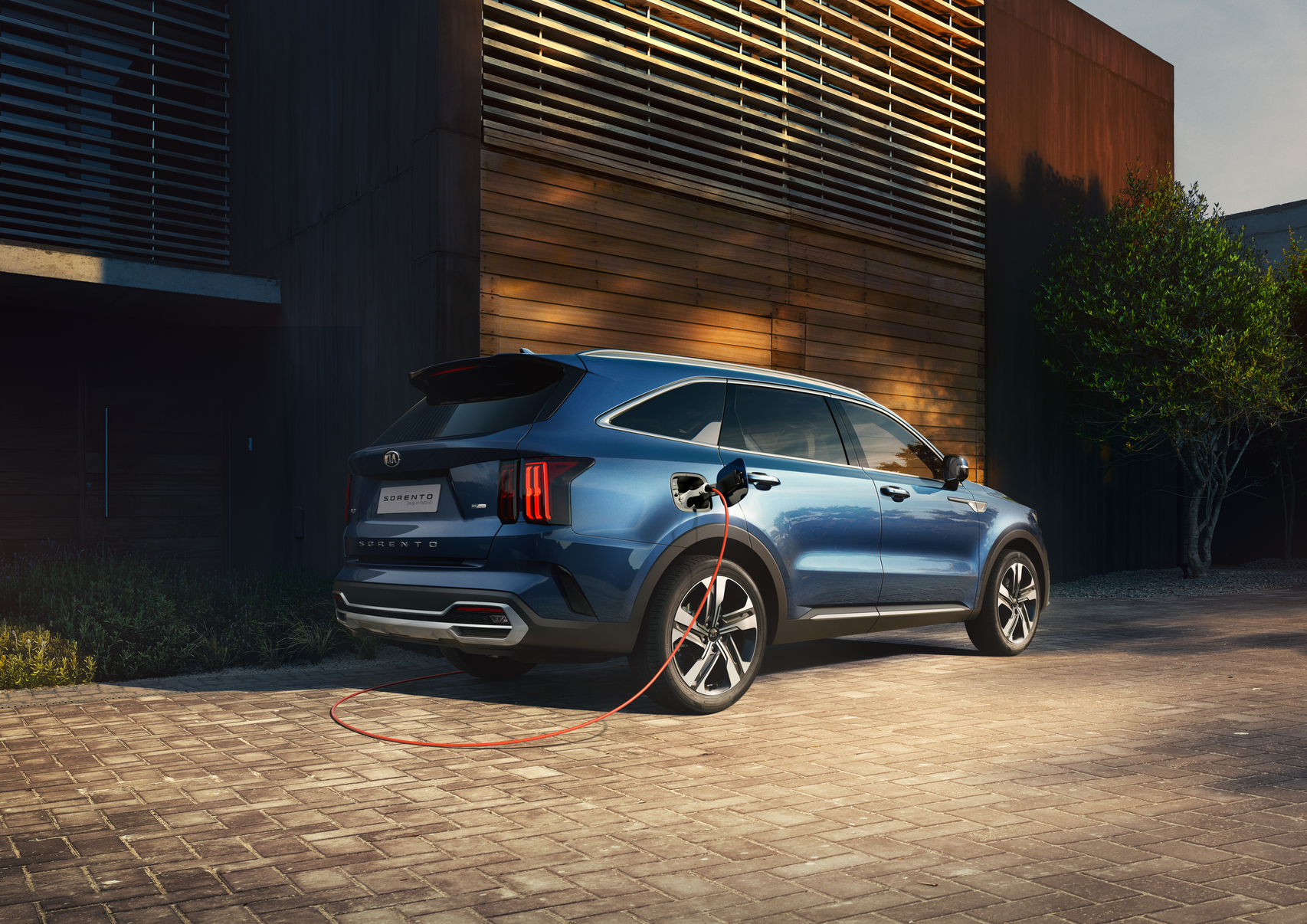 A pair of greener, more fuel-efficient versions of the award-winning Kia Sorento have gone on sale in New Zealand.

The Hybrid (HEV) and Plug-in Hybrid (PHEV) models join the diesel-powered variants of the Sorento in a line-up of large seven-seat SUVs that is among the most advanced, sophisticated and efficient on the market. The new Sorento continues to win awards around the world and here in New Zealand, where it has just won the $60,000–$100,000 category in the NZ Autocar 2021 Car of the Year awards.

The arrival of the additional Sorento powertrains signifies another important step in Kia’s progress towards a more electrified future. Kia's goal is that by 2030, EVs, hybrids and plug-in hybrids will make up 40% of all sales, with a target of 1.6 million vehicles worldwide.

Todd McDonald, Managing Director of Kia New Zealand, says the new Sorento HEV and PHEV models are great examples of Kia’s advanced technology that works both for customers and the planet.

He says: “The new Sorento PHEV has a CO2 emissions figure of just 36g/km, compared to an average of 171g/km for new vehicles currently sold in New Zealand – an extraordinary achievement for a large SUV that can transport seven people in luxurious comfort, plus all their luggage.”

Thanks to its advanced technology, the new Kia Sorento PHEV also boasts an all-electric range of up to 57 kilometres. That would be enough to complete a short daily commute on zero-emissions electric power alone. The ability to drive short distances on just battery power enables the Sorento PHEV to deliver a stunning combined fuel consumption of just 1.6L/100km.

“Taking the emission figures and fuel economy together, the new Kia Sorento PHEV is one of the most efficient vehicles in its class,” adds Mr McDonald.

Under the bonnet of both Sorento HEV and PHEV models is a powerful 1.6-litre T-GDi (Turbocharged Gasoline Direct injection) engine, producing up to 132kW and 265Nm torque. This is supplemented by an electric motor; a more powerful one in the PHEV that produces 67kW and 304Nm torque, while the HEV produces 44kW and 264Nm. The combined power of the turbo petrol engine and electric motors – 195kW and 350Nm torque in the PHEV, and 169kW and 350Nm torque for the HEV – puts these electrified Sorento models into a class of their own.

The incredible torque provided by the combined engine and motor has a very broad peak regardless of model, delivering strong pull from 1,500-to-4,500rpm, which translates into an extraordinarily flexible driving experience.

The electric motor in the Sorento PHEV is paired with a high-capacity 13.8kWh lithium-ion polymer battery, which facilitates the all-electric range for short commutes, while the powertrain combines electric and combustion engine power for longer journeys. Drive is sent to all four wheels via a quick-shifting six-speed automatic transmission. The Kia Sorento Plug-in Hybrid comes with two charging cables for emergency overnight charging at home from a normal household socket. Faster charging with a Type 2 cable and dedicated charge port will fully charge the battery in around 3 hours 25 minutes.

The Sorento HEV has a 1.49kWh Li-ion polymer battery to supplement the power provided by the turbo petrol engine in all types of motoring. Drive through either the front wheels or all-wheel-drive system is via the same six-speed automatic transmission. Whilst not able to match the PHEV, the Sorento HEV is still commendably efficient, with the 2WD model returning a combined fuel economy of 5.42L/100km and a CO2 figure of 124g/km, and the AWD model 6.16L/100km and 141g/km.

Behind the wheel, the driver can monitor how the electric power is being delivered on the 12.3-inch digital instrument cluster, which has been reprogrammed to display pertinent information on the new powertrain.

The driver also has the ability to prioritise between electric and hybrid mode in the PHEV Sorento at the touch of the Hybrid/Electric (HEV/EV) button located on the centre console. In EV mode – ideal for urban driving – the Sorento PHEV prioritises electric energy for zero-fuel, emissions-free driving. In HEV mode, when there is insufficient battery charge, it operates both energy sources, using the petrol engine and the electric motor simultaneously.

The addition of the electric drive components and battery pack does not rob the Sorento of its much-vaunted passenger and luggage space. Clever design has enabled the battery pack, fuel tank, engine and electric motor to be integrated within the vehicle’s structure.

The battery pack is located beneath the driver and front passenger seats in both models, sandwiched between the cabin floor and the Sorento’s underfloor. In the all-wheel drive configuration, the ‘saddle-shaped’ battery pack lays over the top of the prop shaft. This clever design and packaging means the battery pack doesn’t intrude on the Sorento’s cabin or cargo space in the same way that it might in many other plug-in hybrid models, where the battery often takes up valuable boot space.

The Sorento PHEV’s 67-litre fuel tank is located beneath the floor underneath the second row of seats, while the 3.3kW on-board charger is situated beneath the cargo floor. The location of these components means third-row passengers still enjoy plenty of legroom and a comfortable seating position, while cargo space is still generous. The HEV fuel tank layout is similar to that of the diesel-powered models.

The newcomers also benefit from a suite of advanced 5-star safety systems under Kia’s comprehensive Advanced Driver Assistance Systems (ADAS) programme. They include Blind Spot View Monitor (BVM) to eliminate a driver’s left- and right-side blind spots, and the latest Forward Collision Avoidance Assist (FCA) technology, with pedestrian, cyclist and vehicle detection, which now also detects oncoming traffic when making a turn at a junction. And if involved in an accident, the Multi Collision Brake (MCB) System is designed to prevent unpredictable movements after the initial collision to substantially reduce the danger of secondary crashes. There are seven airbags, including one in the left-side bolster of the driver’s seat, between the driver and front passenger, to prevent their heads coming into contact during a collision.