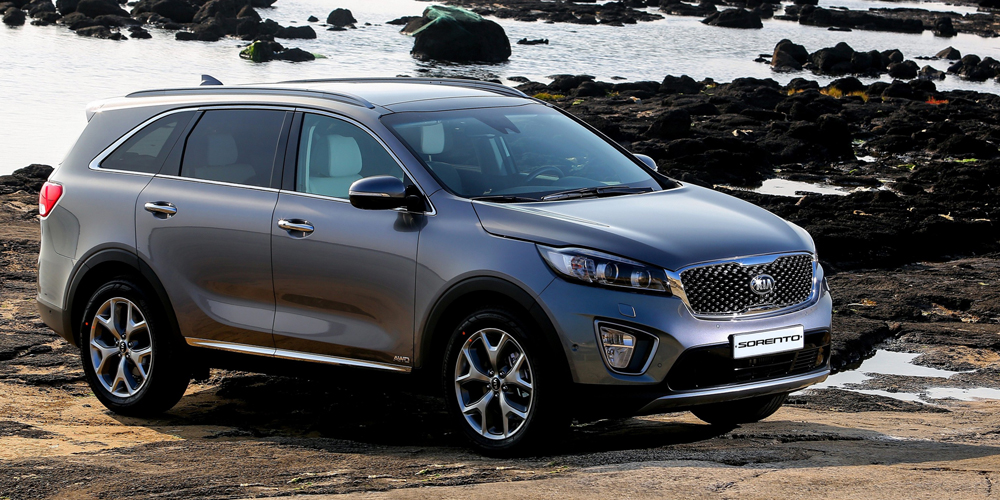 The 7-seat Kia Sorento has emerged as the most impressive mid-size SUV on the US market following an exhaustive series of tests by the American equivalent of our Consumer NZ organisation.

The independently run Consumer Reports US has released its 2016 list of the Top Picks representing the ‘best of the best’ from 260 vehicles recently tested across 10 categories.

The Kia Sorento not only came out as the Consumer Reports 2016 Top Pick in the mid-size SUV segment, its score was the highest of all the vehicles picked in the other categories.

For years Toyota Highlander has won the mid-size SUV category, but the latest Kia Sorento, launched as a brand new model in 2015, has now overtaken it.

Consumer Reports said of the Sorento, “This is a great SUV hiding in plain sight. Most mid-sized crossovers often feel like uninspiring errand runners. But the Sorento offers class-above elegance at mainstream prices.

“It’s a shade smaller than its mid-sized competitors, but that allows the Sorento to be city-friendly while still offering the space and features of a larger vehicle. The smooth 290hp V6 is responsive with competitive fuel economy, and the suspension absorbs the worst bumps and ruts with dignity while still giving you confidence in corners. The interior design is flat-out gorgeous. Well above average predicted reliability combines with good crash-test results. There’s a new king of the category.”

Consumer Reports is an 80 year old consumer rights organisation that undertakes product tests on thousands of items every year from cars to vacuums and TVs to refrigerators. It even has its own 327-acre automotive testing facility where it authenticates performance and other claims on behalf of its millions of members.

The high reliability rating for the new Kia Sorento mentioned by Consumer Reports should not come as any surprise because a similarly glowing review was released by internationally respected automotive consultants J.D. Power in its 2015 US Initial Quality Study.

J.D. Power named the Kia Sorento ‘Highest Ranked Mid-size SUV in Initial Quality’ from its annual study of owner-reported problems in the first 90 days of new vehicle ownership, with scores based on problems that have caused a complete breakdown or malfunction, or where controls or features may work as designed, but are difficult to use or understand.

J.D. Power says, “The Sorento has both the fewest number of design-related problems and defect/malfunction problems in the mid-size SUV segment.

“The Sorento, Kia’s 7-passenger midsize crossover SUV, has steadily improved its performance in the Initial Quality Study. The score of 81 PP100 (problems per 100 vehicles) in the 2015 IQS is a significant 26 PP100 improvement from 2014 and 33 PP100 better than segment average.”

The Kia brand as a whole was also praised by J.D. Power, which it rated second only to Porsche among all manufacturers for having the least amount of problems across its range of models.

“The Sorento and other Kia models in New Zealand share build quality sold in other markets around the world, including the United States,” he says.

Like the US, the Kia Sorento can now be experienced with a smooth and powerful V6 petrol engine, in addition to the 2.4-litre petrol and 2.2-litre diesel models, with all three matched to a six-speed, sequential shift automatic transmission.

Recommended retail prices for the Kia Sorento start from $49,990 + ORC, and as with all Kia vehicles sold in New Zealand, it benefits from a 5-year/100,000km factory warranty programme and 24-hour roadside assistance.