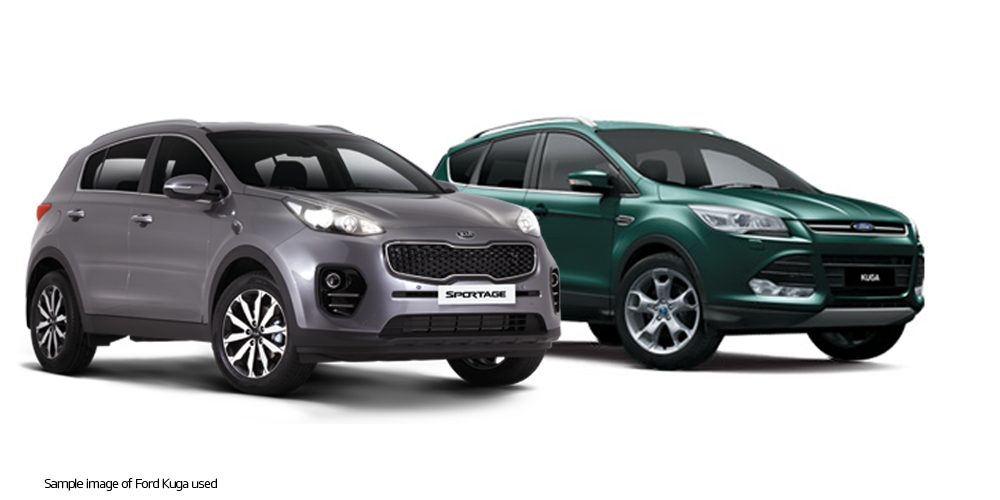 Customers tell us they often compare the Kia Sportage with the Ford Kuga.

So, to help we've put together two similar models side by side; the Ford Kuga Ambiente 1.5L Ecoboost Petrol AWD and the Kia Sportage EX 2.4L Petrol AWD.

What's the same
They are two very different vehicles and there aren't too many similarities. Both the Kuga and Sportage offer a 6-speed automatic with AWD and a towing capacity of 1,600kg (braked).

What's different
A main difference between these two is the engine size, the Kuga Ambiente uses a smaller 1.5L Ecoboost engine, while the latest Sportage EX now comes powered with a 2.4L engine. The Sportage also benefits from a wide range of active safety features that aren't standard in the Ford Kuga Ambiente, like Blind Spot Monitoring and Lane Change Assist.

The above is not a complete list of features and there may be other variants for you to consider. The information about the Ford Kuga Ambiente 1.5L Ecoboost Petrol AWD was collected by Kia Motors NZ from publicly available information on ford.co.nz between 28/04/2016 and 02/05/2016. Information has been gathered to help consumers, full specifications about either vehicle should be checked before a purchase decision is made.