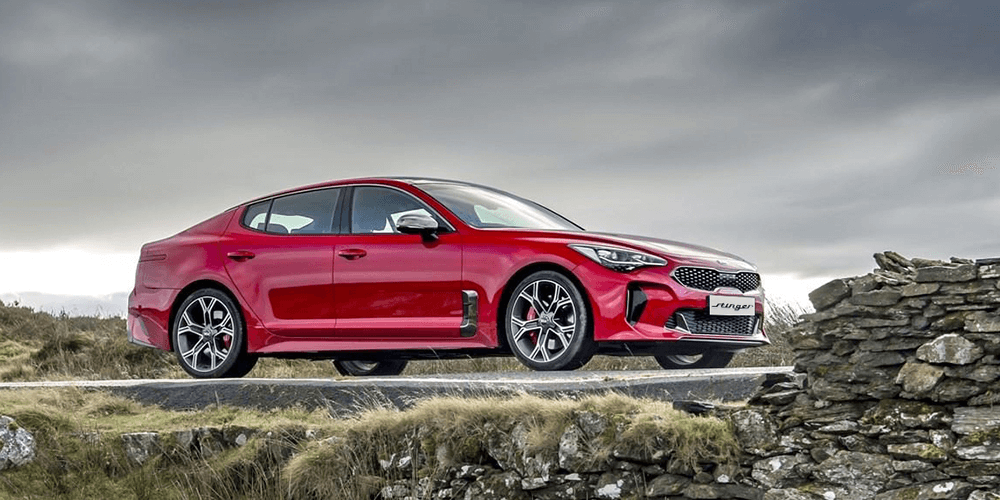 The Kia Stinger has been awarded for its advanced engineering and customer appeal after being judged streets ahead of the competition.

Launched last year, the Kia Stinger emerged as the winner of the J.D. Power Engineering Award for Highest-Rated All-New Vehicle at a special ceremony in Detroit to mark the launch of the inaugural J.D. Power automotive engineering awards.

This award is presented to the engineering team responsible for the highest-rated new entry into the market for the 2018 model year. The award, based on consumer evaluations from the J.D. Power Initial Quality StudySM and the APEAL StudySM, is for the vehicle introduced for the 2018 model year that is furthest ahead of its direct competitors.

It was presented as part of the SAE International Awards Ceremony, which honours professionals, educators and students who have demonstrated excellence and have significant achievements in virtually every aspect of the mobility industry including innovation and technology advancement

“These awards are based on feedback directly from customers who bought the vehicles,” says Doug Betts, Senior Vice President of Global Automotive at J.D. Power.

“That’s something that should bring great pride to our award recipients. It’s about understanding what customers are saying and why they're saying it, then trying to engineer a product that will really answer their needs.”

The significance of the award is not lost on Todd McDonald, Managing Director of Kia Motors New Zealand, who says the Stinger ranks as one of the most exciting cars he has driven and it fully deserves this and other accolades bestowed on it.

“Regardless of your motoring needs the Stinger is a hugely rewarding drive and it’s a source of great pride to all of us involved with Kia,” he says.

The Kia Stinger was introduced to New Zealand at the beginning of 2018 with a classic rear-wheel-drive layout and featuring the choice of a twin-turbocharged V6 engine GT model that delivers a blistering 0-100km/h acceleration in just 4.7 seconds and a turbocharged 2-litre model with its own high performance credentials, capable of 0-100km/h in 6.0 seconds flat.

The V6 engine was honoured as one of Wards 10 Best Engines for 2018, highly praised for its exceptional power delivery, responsiveness and refinement.

Together with the J.D. Power award, it was among a number of awards for the Kia Stinger since its debut, including Business Insider’s Car of the Year for 2018 In Australia, 2018 Best of the Best Award presented by the Canadian automotive media, Best Performance Car of the year 2019 in the UK Car of the Year awards, Best of the Year in MotorWeek's 2018 Drivers' Choice Awards in the US and here in New Zealand it was the DriveLife motoring website’s 2018 Hottest Car of the Year.

The Kia Stinger is on sale in New Zealand from a recommended $54,990 plus on-road costs, including free servicing for the first 4 years or 40,000 kilometres, as well as a 5-year/100,000km warranty and 24-hour roadside assistance package.