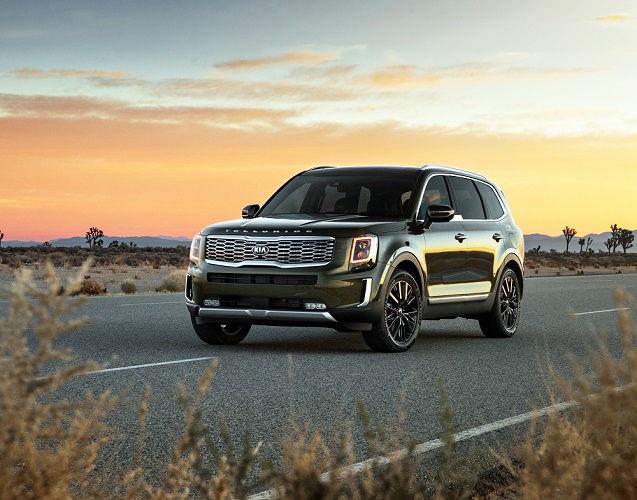 Kia Motors continues to strengthen its SUV credentials around the world, reinforced with a slew of awards for its largest and most prestigious model, the Kia Telluride.

The Telluride is in a larger class than the Kia Sorento in the company’s SUV line-up that also includes the mid-size Sportage, hybrid/EV Niro and newly introduced Seltos compact model.

While the Telluride is built and sold primarily for left-hand-drive markets such as North America and the Middle East, it’s a model that showcases the Korean manufacturer’s prowess in developing SUVs that resonate with customers that are traditionally local product-oriented. The success of that approach is highlighted in the fact that the Telluride beat several SUVs from major US manufacturers to win the North American Utility Vehicle of the Year trophy.

The production version of the Kia Telluride was launched at the 2019 North American International Auto Show, featuring three rows of passenger seats and it is powered by a 3.8-litre V6 engine petrol engine paired with an eight-speed automatic transmission.

If the Telluride was available in right-hand-drive, it would certainly be considered for our market, says Todd McDonald, Managing Director of Kia Motors New Zealand.

“It’s a very impressive vehicle and it would sit well as a flagship to our SUV fleet,” says Mr McDonald.

“Kia is developing a very compelling range of SUVs, from the Telluride at the top of the range, through to Seltos, which is currently the entry-level model. They all share distinctive styling, spacious designs and features that buyers connect with, which is why the Kia SUV range continues to go from strength-to-strength.”

The Kia Telluride has been one of the top selling models for Kia in the US over the past year and Kirk Bell, secretary/treasurer of the North American Car of the Year jury, says: "The Kia Telluride makes owning an SUV look cool while offering the smooth ride and rich interior of a luxury vehicle without the luxury price."

Photo caption:     The award-winning Kia Telluride is the flag-bearer for the Kia Motors SUV range.

Kia Motors New Zealand Limited (www.Kia.com/NZ) – a maker of quality vehicles for the young-at-heart is a subsidiary of Kia Motors Corporation (KMC) which was founded in 2006 and sells and services high quality, class leading vehicles like the Soul, Cerato, Optima, Sportage and Sorento through a network of 21 dealers nationwide. Kia Motors New Zealand manages the New Zealand operation from its Auckland headquarters. Kia’s brand slogan "The Power to Surprise" represents the company's global commitment to surprise the world by providing exciting & inspiring experiences that go beyond expectations.