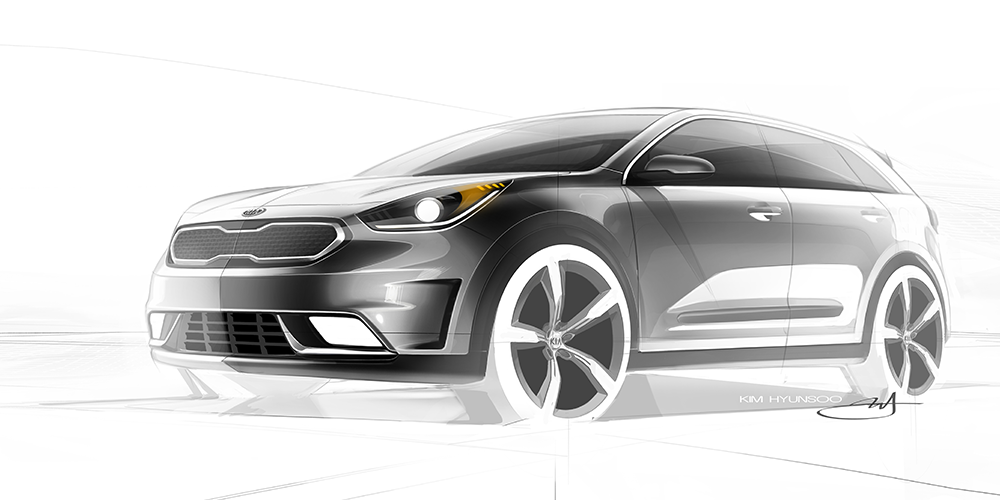 Kia has unveiled its plans to introduce an all new low emissions vehicle to its growing model lineup. The Niro – labelled a Hybrid Utility Vehicle (HUV)

Kia has unveiled its plans to introduce an all new low emissions vehicle to its growing model lineup. The Niro – labelled a Hybrid Utility Vehicle (HUV) – marks the development of Kia’s first dedicated eco-car platform.

Niro will maintain all the practicality and appeal of a compact SUV, while offering greater fuel economy. Engineered from the ground up as a dedicated hybrid vehicle, its attractive, modern styling will help the car stand out in a traditionally conservative sector.

The Niro’s all new platform has been engineered to accommodate a specific set of environmentally conscious technologies and next generation powertrains.

“The compact SUV market remains one of the fastest growing segments not only in New Zealand, but around the world. The Kia Niro is designed to stand out from the competition by combining SUV practicality and styling, while offering low operating costs associated with a dedicated hybrid powertrain,” says Todd McDonald, General Manager of Kia Motors New Zealand. 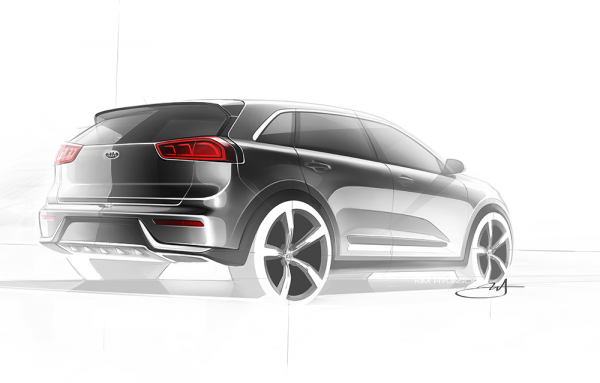 The main focus for the engineering team was to deliver class-leading fuel economy in the compact SUV segment. The Kia Niro will combine a stylish SUV design with greater fuel economy than its rivals, with a target CO2 emissions rating of under 90 g/km (combined, based on the New European Driving Cycle).

The Niro was developed as a dedicated hybrid model. The car will achieve its low emissions levels and impressive fuel economy with a downsized hybrid powertrain, pairing Kia’s 1.6 litre ‘Kappa’ gasoline direct injection (GDI) engine (78kW power output and 147 Nm of torque) with a 1.56 kWh lithium polymer battery pack and 32kW electric motor. The powertrain’s combined power output and torque will be applied to the road through a highly efficient six-speed double-clutch transmission.

The development of an all new platform and bespoke powertrain for the Niro will contribute to the brand’s ambition to becoming a leader in the low emissions car market by 2020. In the next five years, Kia will expand its current green car lineup from the four current models to 11, and is targeting a 25% improvement to average corporate fuel efficiency over 2014 levels.

This expanded range of low emissions vehicles will encompass a wide range of advanced powertrains, from hybrids and plug-in hybrids to battery-electric and hydrogen fuel cell electric vehicles. The Niro will be among the first of Kia’s new models to be designed, engineered and produced as part of this plan.

As well as investment in advanced propulsion technologies, by 2020 Kia will also replace seven out of its 10 current engine ranges with next generation gasoline and diesel units, while increasing the number of turbocharged engines. Higher efficiency, multi-speed transmissions are also planned, while Kia engineers are targeting a 5% reduction in in the average weight of new car bodies through greater application of ultra-high strength steel.

The new Kia Niro Hybrid Utility Vehicle is due to be unveiled globally next year, with production for overseas markets scheduled to start in late 2016. Kia Motors New Zealand is yet to decide if it will offer the Niro as part of its model lineup, needing to assess the market closer to the time of its launch.