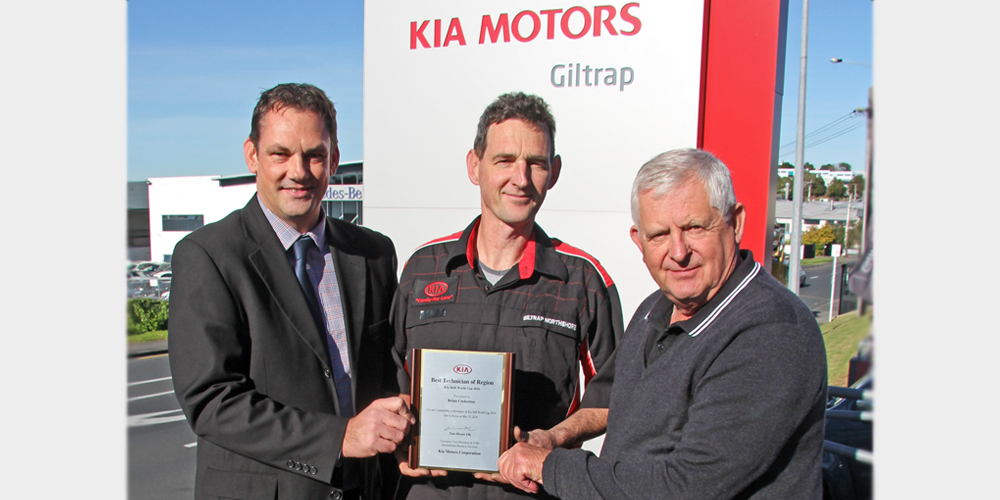 Brian Cockerton, from Auckland’s Giltrap Kia, earned his place to compete on the world stage after coming out top in the National Finals held at the Kia Motors New Zealand technical training centre in March.

In late May he travelled to the Kia Motors headquarters in Seoul to face 55 other top technicians from Kia’s worldwide distributor network. “I didn’t think I had come anywhere,” says Brian. “It was a total surprise being named the Asia-Pacific Region winner.”

During the World Cup finals in Seoul all contestants faced a hands-on challenge, in which they were judged on their ability to accurately execute Kia's diagnostic process covering three key areas – engine, chassis and electrical – and successfully repair vehicle faults within specified time limits. They also had to complete a written examination covering general knowledge of Kia products and systems.

Brian says that although the two-day competition was nerve wracking, having experienced the Skill Cup at the highest level has given him a good feel for what would be required to win the outright title if the opportunity presents itself again.

Giltrap North Shore Service Manager, John Redwood, says all of Brian’s colleagues are very proud of his achievements adding, “He did extremely well to win the regional award, we are all very proud of him.”

“It’s an uncompromising test of the individual knowledge and skills of Kia technicians, and to reach the world finals then come away as the best in the Asia/Pacific region, is an extraordinary achievement for Brian.”

The next Kia Skill World Cup takes place in 2018.