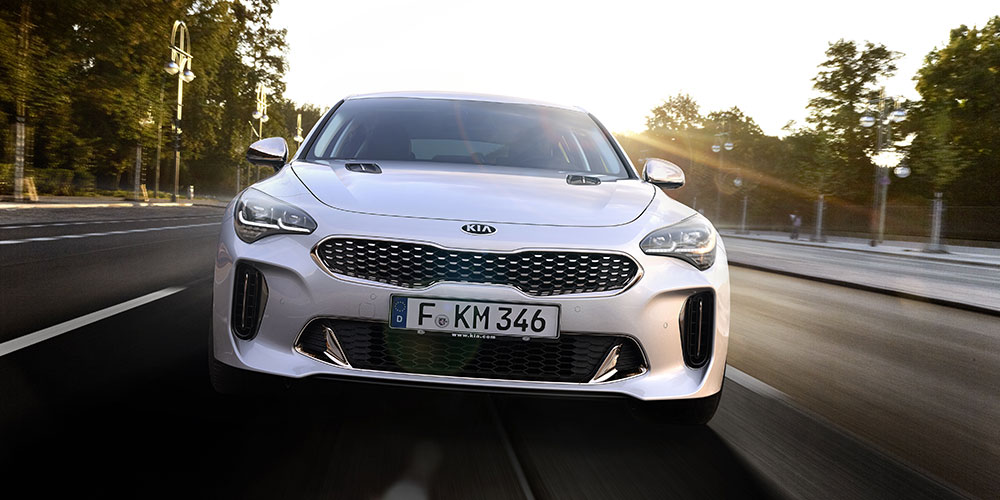 A new Kia, unlike any seen before, is set to launch in New Zealand later this year.

The exciting Kia Stinger will provide the power and rear-wheel-drive attributes that have become increasingly scarce following the local demise of two other large sedans. It will reinvent the segment with a thoroughly modern and desirable package.

With 365hp (272kW) of peak power and 510Nm of torque available from the twin-turbocharged V6 engine in the flagship GT Sport model, the new Kia has power to burn – it can rocket to 100km/h in less than 5 seconds.
The sporty 5-door liftback styling also has the power to turn heads, benefitting from the award winning design prowess of Kia Motors’ Chief Designer, Peter Schreyer and his team.

“The new Stinger will lift Kia into a different league – this is a car with the X-factor,” says Todd McDonald, General Manager of Kia Motors New Zealand.
“You haven’t seen a Kia like this before. Stinger has the power to surprise in any number of ways, not least through its rear-wheel-drive architecture, which will stamp it as a true driver’s car.”

The new Stinger will launch in New Zealand with three models, including the very highly-specified twin-turbo V6 as a sporting GT, priced from a recommended $69,990 plus on road costs. The two other models will be powered by a turbocharged four-cylinder engine developing 259hp (193kW) peak power and 353Nm of torque that also drives through the rear wheels and can propel the car to 100km/h in 6 seconds. These models will have recommended retail prices of $54,990 plus on road costs for the EX Turbo and $59,990 plus on-road costs for the GT Line.

All models have a brand new 8-speed automatic transmission with sports settings. Quad exhausts add a further note of sportiness.

Video and images are of an overseas model. New Zealand specifications may differ from those shown.