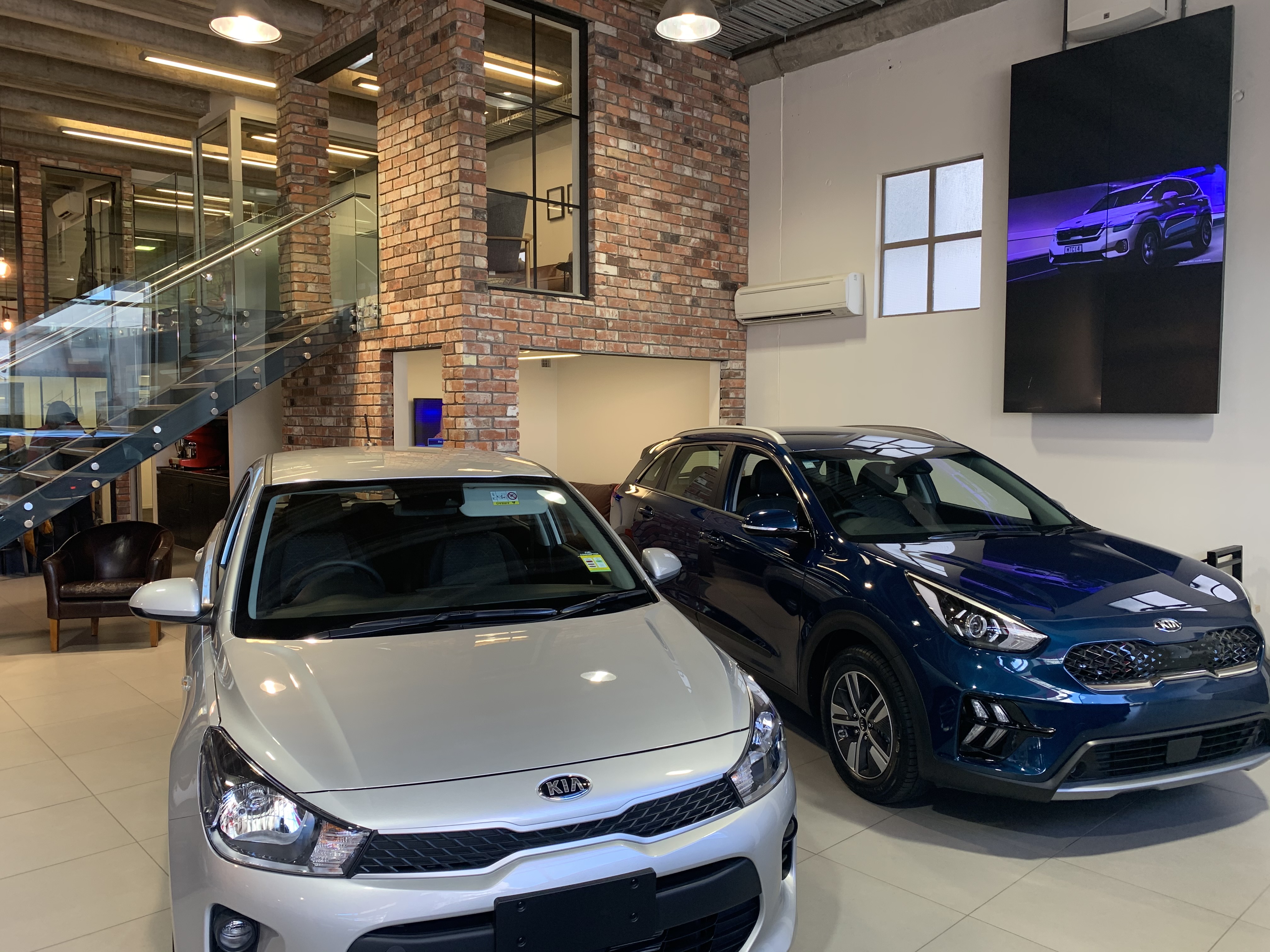 New Kia dealership opens in the heart of Wellington

A new Kia dealership designed like a New York-style loft apartment has opened up in central Wellington to give locals better access to the brand that has ‘The Power to Surprise’.

The opening of Johnston Ebbett Kia Wellington marks the first time that Kia has been represented in the central city. And it has been executed in style.

The new Kia dealership has been created in a 2-storey building in Taranaki Street, with all vehicles, displays and facilities contained within the building.

“It’s more like the sort of dealership you’d find overseas and is nothing like our customers have experienced before – they like it and we’ve been told it looks more like a New York loft building when they come inside,” says Johnston Ebbett Managing Director, David Johnston.

“It’s really cool and suits the Kia brand and the inner-city type of business that we are operating.”

The central city dealership is the fourth Kia outlet to open in the region and the second by Johnson Ebbett, joining Brendan Foot Kia in Lower Hutt and HMC Kapiti Kia in Paraparaumu. Johnson Ebbett opened a new Kia showroom in Porirua late last year.

Mr Johnston says the opportunity to open a Kia dealership in Wellington, in partnership with the Ebbett Group, coincided with the brand’s strong growth and continued confidence in its future.

“Kia is on point right now,” he says. “We’ve been delighted with the way it has performed in Porirua since we opened and it is just going to get better from here.”

Mr Johnston is full of praise for the model range, which he describes as “superb” and says models such as the hot-selling Seltos small SUV have captured the imagination of buyers. But there is strength across the range, he says, adding that since the doors were opened at the central Wellington dealership, sales have been across the board, from the small Picanto up to the Stinger large sedan and Sorento full size SUV. And although the staff may be new to the dealership, many have long experience with the Kia brand, which is a bonus for customers.

As well as its inner-city architectural appeal and unique undercover display for 25 vehicles, the new Johnston Ebbett Kia central Wellington dealership provides numerous customer-oriented features, such as a modern lounge with coffee/refreshments and wifi.

It also incorporates a modern service facility with nine bays to cater for customer vehicles, including the servicing of electric vehicles, such as the Kia Niro EV.

Todd McDonald, Managing Director of Kia Motors New Zealand, says he has been impressed with the strong commitment and customer focus of the Johnston Ebbett team and their attention to detail, as well as the unique atmosphere of the dealership.

“The expansion into the heart of Wellington has come at just the right time,” he says. “The new facility makes it much easier for buyers in the central city to access our great product and the ability to have their vehicles serviced locally.”