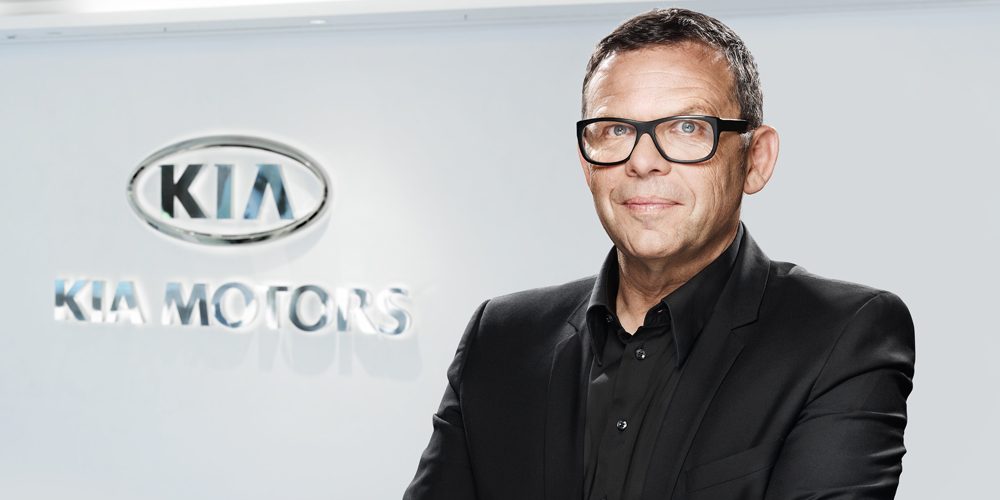 Peter Schreyer is celebrating ten years since joining Kia Motors and steering the brand through a design revolution.

Schreyer surprised the automotive world in 2006 when he accepted the position of Chief Design Officer at the Korean manufacturer and was presented with the challenge of transforming the company’s products and image.

It was described as one of the most significant turning points in the history of Kia Motors, setting the brand on the road to worldwide acclaim and sales success.

Schreyer established a European design office for Kia Motors in Frankfurt, Germany, which then worked closely with the design centres in Korea and the United States, to bring international flair and regional influences to the external and internal styling of the brand’s passenger vehicles.

Looking back on his decade with Kia, Schreyer says the most important task on joining the company was to establish a distinct and unified signature brand identity and image.

“When I started at Kia, it was important that we established an identity and a consistent feeling across the brand,” he says. “But the story of how our new vehicles came to life is about so much more than just aesthetics. It involves intricate choices in how complex ideas work together to create something that generates an emotional response.”

These efforts eventually led to the creation of the iconic Kia face that can be seen on the roads today, highlighted by the various forms of the ‘Tigernose Grille’. This distinctive identity became a recognisable signature on Kia vehicles and a step towards Kia’s emergence as an admired international brand.

Schreyer also emphasises how his principal design philosophy, ‘the simplicity of the straight line,’ draws from Korean influences and takes inspiration from different elements of Korean culture such as architecture, art and music.

He says, “For us designers, it’s important to not only look at cars, but to be interested in architecture, art, music, industrial design…all sorts of things. They are influencing us and we are influencing them.

“People know more about Korea and about what’s going on there. On the one hand you have this ‘heartbeat’ when you go to Seoul, and on the other hand you have the silence, the concentration. Both of these things inspire me and our designers.”

The car that epitomises the design philosophy of Schreyer and his team is the ground-breaking, box-shaped Kia Soul, which first appeared as a motor show concept vehicle before going on sale at the end of 2008 and was among the first Kia models to wear the ‘Tigernose Grille’. The Soul foreshadowed the rise of the urban SUV, a genre that is now the most popular form of motor vehicle in the world.

Schreyer and his team have used concept vehicles over the years to foretell the future directions of Kia’s design language, while production models have showcased different aspects of concept designs to demonstrate the brand’s dedication towards innovation and all-encompassing versatility.

Asked if he has a favourite, Schreyer says, “You know when you have more than one kid, you can never say which your favourite is. You love them all. I also do, with all the cars I’ve designed, but there is one that stands out a little bit, I must admit.”

He acknowledges that the Kia GT concept is a favourite, along with the Soul and the recently released Europe-exclusive Optima Sportswagon.

“It (GT concept) was a dream project for me and our designers because we got the chance to make a real GT, a car where you can travel in style,” he says.

Kia, both as a brand and as a company, has come a long way since Peter Schreyer joined its ranks ten years ago. And he says there is much more to come.

“What really excites me is how fast this company is evolving,” he says.

“The brand as you knew it ten or even five years ago is gone. You can see it in even the smallest detail. You can feel it in the sophisticated textures and materials. And you experience it in ways that are inter-related and connected.”

Ten years on, Peter Schreyer’s influence at Kia Motors is also stronger than ever and he has been elevated to become Vice President for the whole Hyundai Motor Group, of which Kia is a part.