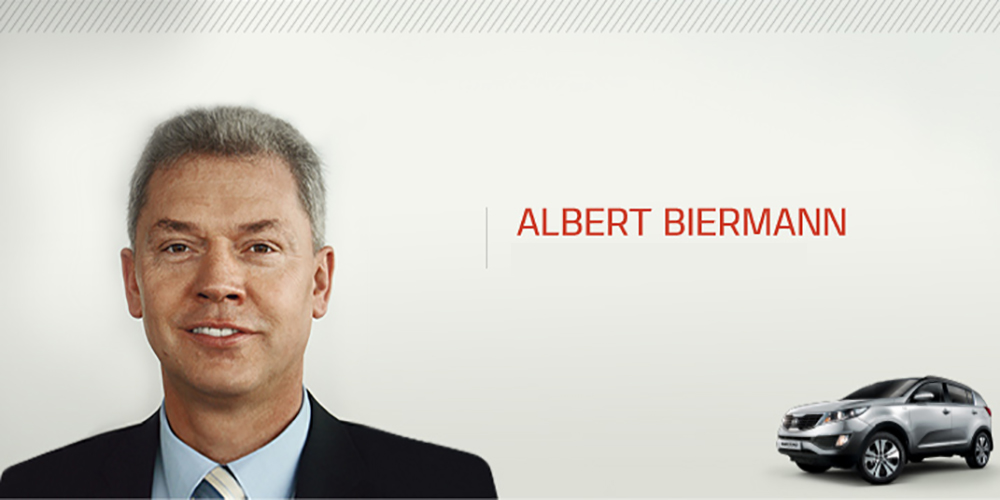 Having brought one of the world’s leading designers on board to help revolutionise its brand, Kia Motors has now tempted a top European engineer to join its ranks.

Albert Biermann, who is currently Vice-President of BMW M Automobiles, is set to help transform the engineering and handling of Kia vehicles when he becomes Head of Vehicle Test and High Performance Development for the Kia/Hyundai Auto Group in April.

He follows in the footsteps of German compatriot Peter Schreyer, who became Head of Design for Kia in 2006, after a successful career with Volkswagen and Audi, and has led the innovative Korean company on a complete transformation of its products. Mr Schreyer is now a Vice-President of the Group.

Similar expectations are now being forecasted for the engineering potential of Kia vehicles with the arrival of Albert Biermann. He has played a key role in developing the performance and dynamics of some of BMW's most acclaimed road and track cars.

Mr Biermann will help to accelerate the roll-out of new high-performance vehicles and technologies, as well as help to improve the dynamic capabilities of vehicles across the range. The Group is intending to become a technical leader in ride and handling, producing vehicles that lead their respective segments for driver engagement, with Kia leading the sporting charge.

Based at the Namyang R&D Centre, south-east of Seoul, Mr Biermann will lead the development of new high performance models, as well as oversee engineering projects relating to ride and handling, safety, reliability, and the mitigation of NVH (noise, vibration and harshness).

He will also advise on product strategy and marketing for the European market, helping to pave the way for the Korean manufacturer to go head to head with European premium carmakers.

Mr Biermann, who spent more than 30 years with BMW, says "I couldn't me more excited. This is a company I have watched closely as it has taken on its key competitors and quickly established a strong customer base in Europe.

“2015 is a key year for the brand(s) with the launch of many all-new models, so I am really looking forward to the challenge."