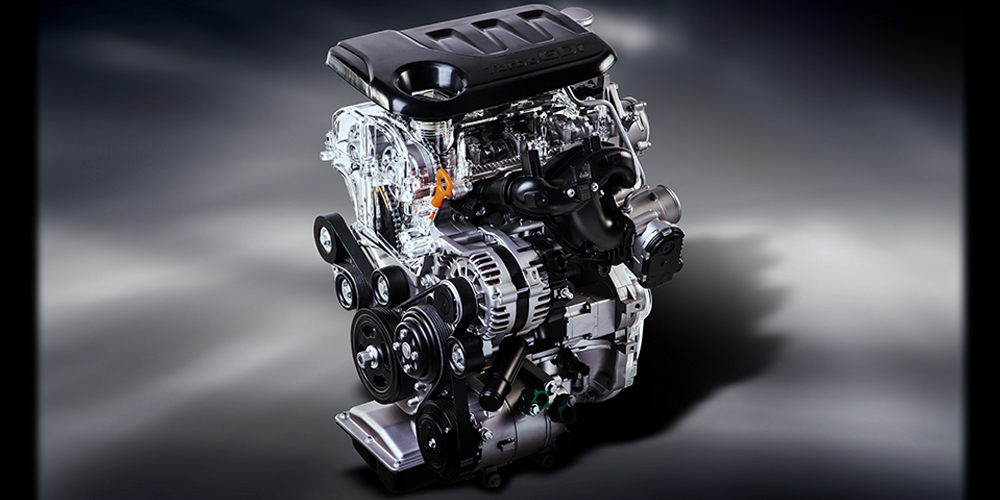 Two exciting innovations unveiled at the Geneva Auto Salon include a new turbocharged three-cylinder 1,000cc petrol engine that outperforms a 1.6-litre unit, and the first application of Kia’s all new seven-speed, dual-clutch transmission.

Both new technologies will be seen for the first time in the cee’d GT Line, which goes on sale this year in Europe. But Kia Motors says the technology will be progressively introduced to other models, including those destined for New Zealand.

The new engine and dual-clutch transmission (DCT) have been developed under Kia’s Eco Dynamics programme, which aims to improve the green credentials of the company’s vehicles and its environmental benefits.

It may be hard to believe, but the impressive new three-cylinder T-GDi engine delivers more torque over a greater range than the equivalent 1.6-litre GDi engine currently built by Kia (172Nm between 1,500-4,100rpm, versus 167Nm @ 4,850rpm), while also lowering C02 emissions and reduces fuel consumption.

The downsized engine features a newly-developed laser-drilled injector, with six individual holes. Instead of consistently injecting the fuel-air mixture onto certain points within the combustion chamber, the laser-drilled holes laid out in a pyramid shape provide a more even spread of fuel and air throughout the cylinder. Backed by a high pressure pump, the new laser-drilled injectors are able to provide fuel injection pressure of up to 200 bar.

The T-GDI’s single-scroll turbocharger is paired with an electric waste-gate motor, improving the turbocharger’s performance with a highly efficient air scavenging strategy. As well as scavenging clean air for the engine to reuse for combustion, it is able to open the waste-gate at the same time to improve waste air flow. This innovative system allows for greater low-end torque, more immediate engine response from any throttle position and improved fuel economy under higher engine loads.

The new turbo 1-litre engine is the first of a new line of small, lightweight and highly efficient engines currently under development by Kia Motors.

Meanwhile, the all new seven-speed DCT has been developed to provide faster gear changes than a traditional torque converter automatic transmission, which could lead to an improvement of up to 5% in acceleration from 0-100km/h, as well as lowering running costs by as much as 7%.

It is capable of handling torque outputs up to 300Nm, and like the new 1-litre T-GDI engine, Kia’s new DCT has also been developed in-house. In addition to being engineered with low fuel consumption, the new DCT also helps the engine to reduce emissions, compared to the outgoing six-speed automatic gearbox.

“Kia is demonstrating that the move to smaller, turbocharged engines gives you more performance, while being much more efficient – it’s the way of the future,” says Todd McDonald, General Manager of Kia Motors New Zealand.

“The new DCT transmission is just as exciting because it provides the driver with improved gear-changing and feel for the car, as well as reducing fuel consumption.

“We’ve already seen some of the Eco Dynamics technology developed by Kia appear on cars here in New Zealand, such the Idle-Stop-Go (ISG) technology and we can’t wait to see more of these latest developments.”